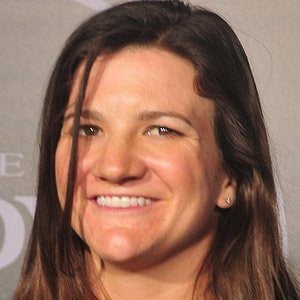 She started snowboarding at age eight and entered her first competition at sixteen.

She has won five gold medals at the Winter X Games in the Superpipe category.

Kelly Clark Is A Member Of