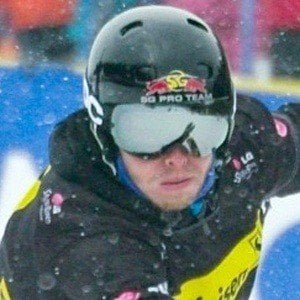 Snowboarder who specializes in the rare Alpine discipline. He has competed and risen to international fame for representing Team USA at international competitions in the parallel slalom event, including at the 2014 Winter Olympic Games at Sochi.

He began learning to snowboard when he was 18-months-old. He is a graduate of Colorado Mountain College.

He earned a silver medal in the parallel slalom event at the 2013 FIS World Championship games. He previously finished in 1st at the US snowboard national championship games in 2006.

He was born and raised in Truckee, California.

He competed alongside Sage Kotsenburg for Team USA at the 2014 Sochi Winter Olympics.

Justin Reiter Is A Member Of