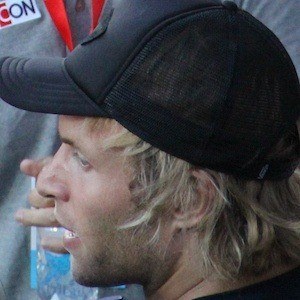 Professional snowboarder sponsored by brands like Vans Outerwear and Rockstar Energy Drink, he is perhaps best known as the winner of gold medals at both the 2007 and 2008 Winter X Games.

He earned one of his first medals at the Winter X Games in 2005, earning a bronze in slopestyle.

In 2007 and 2008, he beat out four time champion Shaun White in slopestyle at the Winter X Games.

He married Norwegian pop singer Marion Raven in 2013. He also appeared in her 2007 music video "Falling Away."

He beat out fellow snowboarder Travis Rice at the 2007 Winter X Games in the Best Trick competition.

Andreas Wiig Is A Member Of