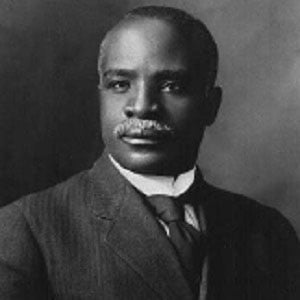 Remembered for his numerous racial equality-themed essays and articles, as well as for his book Out of the House of Bondage, this Washington, D.C.-based journalist, author, and prominent African-American intellectual earned the nickname of "Bard of the Potomac."

For over a decade, he served as Dean of Howard University and was responsible for the creation of the institution's Negro-Americana Museum and Library.

Born in South Carolina, he and his nine siblings were the children of ex-slave Elizabeth Miller and free man-turned-Union Army soldier Kelly Miller, Sr. His marriage to Annie May Butler resulted in five children.

He and W. E. B. Du Bois co-edited the NAACP's journal The Crisis.

Kelly Miller Is A Member Of