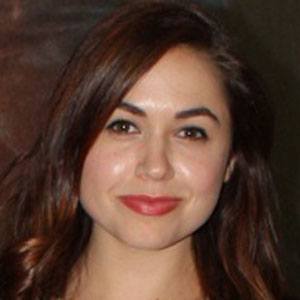 Australian soap opera actress known best for playing the role of Tamara Kingsley on the popular Seven Network series Home and Away. She also starred in a children's television series called Wormwood and appeared in episodes of the family drama Packed to the Rafters and the science fiction series Stormworld.

After performing in numerous plays at her alma mater, Curtin University, she made her screen debut in a short film titled "Some Dreams Come True."

She starred as Annabelle Hale in the 2012 feature film Redd, Inc.

She and her two siblings were raised in Perth, Western Australia.

She and fellow Australian actress Rebecca Breeds were both born in 1987 and both played major roles on Home and Away.

Kelly Paterniti Is A Member Of