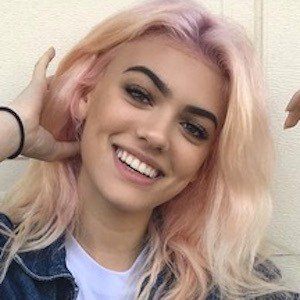 Social star named Kelsey Calemine who is best known for her fatherkels Instagram account. She has accumulated more than 2.7 million followers by simply using her account as a means of photo blogging.

Instagram was her first social media network, and the first that she started to gain an online presence with before also signing up for Twitter in October of 2013.

She also accumulated more than 10,000 followers on Vine.

She has a younger step brother. She has been in a relationship with Ryland Lynch. She also previously dated Asher Brown. She has been romantically linked to Marshmello.

She's posted pictures to her Instagram with Madison Beer.

Fatherkels Is A Member Of