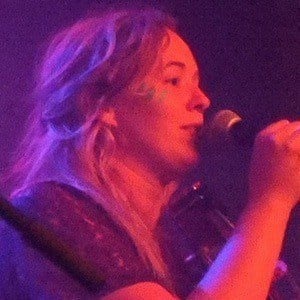 Vocalist and violinist known for being one of the founding members of the indie pop band Wild Child. They released their first album, Pillow Talk, in 2011.

She was touring with The Migrant when she met Alexander Beggins, who was also touring with the band. They started working together and, after the tour, found other musicians to help form what became known as Wild Child.

They performed as SXSW in 2013, earning the title of Best Indie Band at the festival. They performed again the next year and received the same accolades.

She grew up in Texas and the band originates from Austin.

She and the band have performed with the John Butler Trio.

Kelsey Wilson Is A Member Of