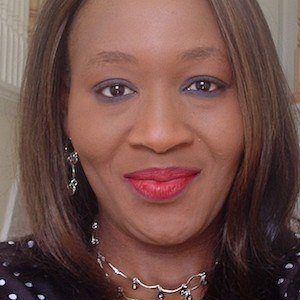 Known online as Snitchlady, she is a journalist, pharmacist, gun violence activist, and social media personality. She is also known for being the editor of #HNNAfrica, a world news and health blog.

As a journalist, she began by appearing on segments on a variety of different shows including CNN and CBC News. She then served on the Governors Advisory Council at Kingston General Hospital in Kingston, Ontario.

In 2014, she was among the top three nominees of the Social Media Awards Africa's Social Media Influencer of the Year.

She was born and raised in Ibadan, Oyo State in Nigeria. She was the second of ten children.

As an activist from Nigeria, she can be seen in relation to other social activists from the country including Ayodele Awojobi.

Kemi Omololu-Olunloyo Is A Member Of