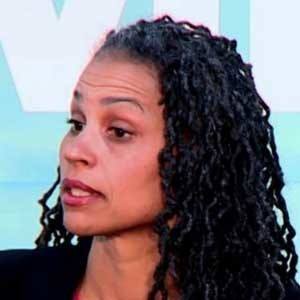 American civil rights activist and attorney who was named the chair of the NYC Civilian Complaint Review Board in 2016. She has also worked as the Senior Vice President for Social Justice at The New School.

She earned her bachelor's degree from Dartmouth College and her JD from Columbia University.

She became a legal analyst for MSNBC in Summer 2018.

Her father George was a well-known civil rights leader and her mother's name is Wretha. She married Harlan Mandel and has two daughters.

She once served as counsel to New York Mayor Bill de Blasio.

Maya Wiley Is A Member Of