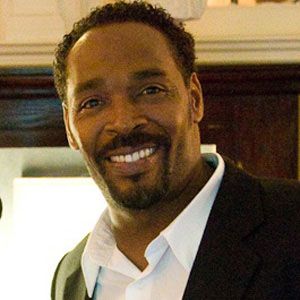 At the conclusion of a high-speed chase, he suffered an excessive beating at the hands of LAPD police officers, which catalyzed the 1992 LA riots.

He stole $200 during a robbery and was caught, convicted, and sentenced to two years behind bars, although he only served one and was released in December of 1990.

His famous quote was "Can we all get along?"

He was married to Danetta Lyles from 1985 to 1988 and Crystal Waters from 1989 until 1996. He was also in a relationship with Cynthia Kelley from 2010 until his death. He had three daughters. His parents were Ronald King and Odessa King.

He was in an episode of Celebrity Rehab with Dr. Drew in October of 2008.

Rodney King Is A Member Of