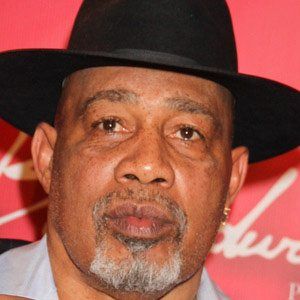 Former heavyweight boxing champion who compiled a career record of 42-7-1, competing against such boxing legends as George Foreman, Larry Holmes and Muhammad Ali.

He started to box after enlisting in the US Marine Corp.

In March, 1973, he became the second man to beat Muhammad Ali, breaking his jaw in the process.

His son, Ken Norton Jr., would go onto become an NFL linebacker.

He lost in his only fight with Larry Holmes in June, 1978.

Ken Norton Sr. Is A Member Of