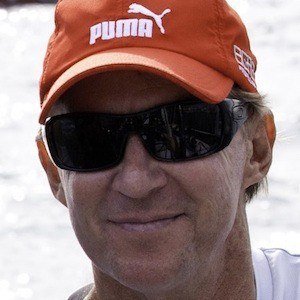 Yachtsman widely considered one of the best sailors in the world. He is the winner of more than forty titles at events like the Volvo Ocean Race.

He was named as the the ICSA's College Sailor of the Year while sailing for Boston University in 1982.

He was named United States Rolex Yachtsman of the Year in 1985 and again in 1995.

He and Olympic gold medalist Paul Elvstrom are two of the world's most accomplished yachtsman.

Ken Read Is A Member Of