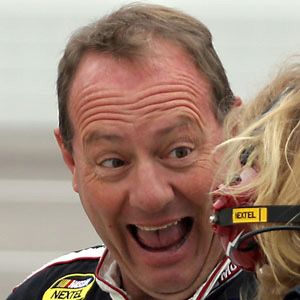 American racecar driver who was named 1985 Winston Cup Series Rookie of the Year.

He made his NASCAR debut in 1984 in the Cup series, driving the #64 Ford normally driven by Elmo Langley.

He won his first NASCAR Sprint Cup Series race at the 1988 Talladega DieHard 500.

He had two children, Dorothy and Sheldon, with his wife Ann.

He became co-owner of Macon Speedway with Tony Stewart and a few others.

Ken Schrader Is A Member Of