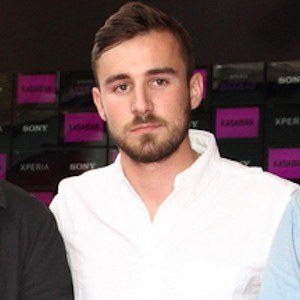 Keyboardist making up one fourth of the British band Amber Run. The group made their debut in February 2014 with the EP Noah and have since released their debut full-length album 5am.

He met his fellow band members while studying at the University of Nottingham. Each of them were studying for degrees in humanities and law, but ultimately abandoned them in leu of a music career.

The music videos for Amber Run's singles "I Found" and "Pilot" are a duology.

The Kent native is often known to go by both Henry and Ken.

Amber Run is fronted by guitarist and vocalist Joe Keogh.

Ken Wyeth Is A Member Of