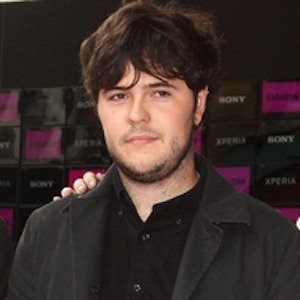 Singer known for being one of the founding members of alt-rock band Amber Run. They released their debut album, 5 AM, in 2015 after released three EPs the year before.

Lifelong friends with Tom Sperring and Will Jones, the three decided to form a band in 2012 with friends they met at the University of Nottingham.

The band was featured on BBC Introducing in 2013, a performance that ultimately landed them a contract with RCA Records.

He, like Jones and Sperring, grew up in Buckinghamshire.

He and Amber Run have performed with Steve Garrigan and Kodaline.

Joe Keogh Is A Member Of