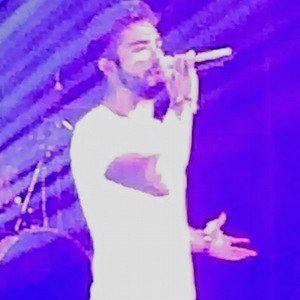 Season 3 winner of the French version of The Voice. His self-titled 2014 debut album topped the Syndicat National de l'Édition Phonographique.

He was born in Bergerac, France and was raised in Saint-Astier.

His grandfather taught him to play the guitar. He has older siblings.

He was a member of Team Mika on The Voice.

Kendji Girac Is A Member Of