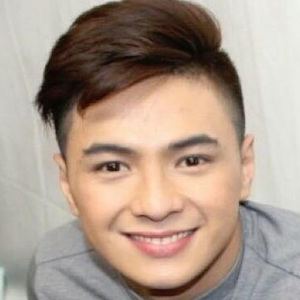 Filipino model, actor, and TV personality who is also known as Bae Kenneth or KEM. He gained fame as The Philippines King of Dubmash for his videos that have gone viral, including Twerk It Like Miley.

He found popularity after being crowned as the Ultimate Bae Grand Winner of the That's My Bae: Twerk It Dance Contest on Eat Bulaga!

He was born to parents Anna Nimfa Gesulga and Glend Medrano. He has siblings named Leuvick, Jerrick and Adriane.

He has starred as Pacoy Alvero in the primetime drama Buena Familia alongside Kylie Padilla.

Kenneth Earl Medrano Is A Member Of