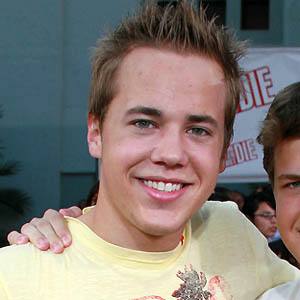 Former child actor who became known for his roles in Big Brother Trouble and Letter to My Killer. He played Skip in the 2004 film Catch That Kid and portrayed Henry Baker in Cheaper by the Dozen 2.

He made his television debut at age six on a 1993 episode of Murphy Brown.

He earned a degree in Political Science from UCLA in 2010.

He has two younger siblings, Kevin and Kendall, who are both actors.

He had a supporting role in The Alyson Stoner Project in 2009.

Kenneth Schmidt Is A Member Of