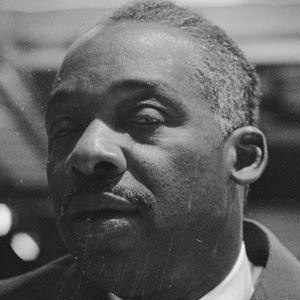 Nicknamed "Klook," Clarke was a jazz and bebop drummer and bandleader who released the album Bohemia After Dark as a bandleader.

As a young man, he played with various ensembles, including the Jeter-Pillars band. He went on to be a house drummer at Minton's Playhouse in 1941.

He worked as a house drummer for Savoy Records.

He had son with Annie Ross.

He played drums on a 1955 album by Thelonious Monk, compiled of covers of popular songs.

Kenny Clarke Is A Member Of