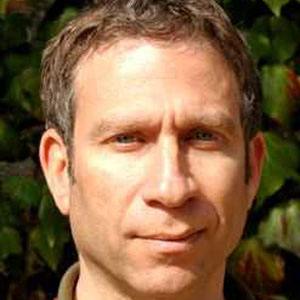 Israeli artist who became known for his confrontational and provocative paintings. Some of his most influential works include Birth of a Myth and Blood Addict - Bloody scenes of Murder.

He studied at the Vienna Academy of Fine Arts after finishing his service in the Israeli Navy.

His exhibitions were often shocking and innovative, two of the most famous being "Birth of a Myth" from 1994 and "The Psychonaut and His Mind Navigator" from 1995.

He grew up with his Romanian/Russian family in Kfar Saba, Israel.

His work included a number of people in the public eye including writer Franz Kafka.

Oz Almog Is A Member Of