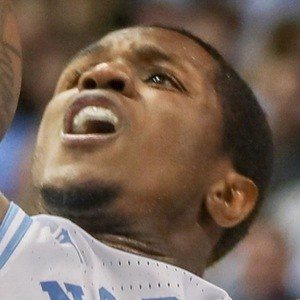 Stout defensive guard for the North Carolina Tar Heels who became a national champion during the 2016-2017 season, though he had been lost to a knee injury in the final portion of the regular season.

He majored in exercise and sport science while at the University of North Carolina, Chapel Hill.

He was a teammate of Justin Jackson while at North Carolina.

Kenny Williams Is A Member Of