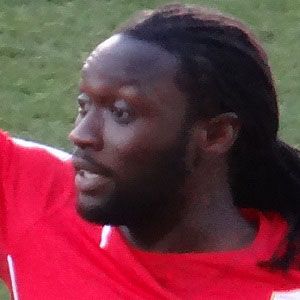 Most Popular#100665
Soccer Player Born in Trinidad And Tobago#4

Trinidadian striker who took the pitch for Stoke City FC after three seasons with Sunderland. He joined Cardiff City from 2014 until 2016 and played for various teams on loan before retiring in November 2017.

He made his professional debut with Joe Public F.C. in 2002.

He was named the Trinidad and Tobago Football Federation's Player of the year in 2007 with Southampton FC.

He was joined by Wilson Palacios on the starting squad of Stoke City FC in 2010.

Most Popular#100665
Soccer Player Born in Trinidad And Tobago#4

Kenwyne Jones Is A Member Of