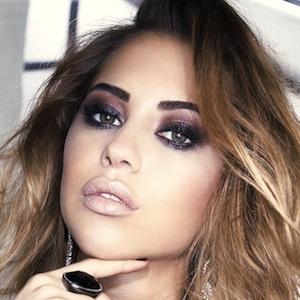 Fashion model and blogger known for hosting the web series the "Kenza & Tyra show." She is also known for her popular blog "Kenzas" and as the co-founder and creative director at IvyRevel.

As a model, she's appeared on the covers of magazines like VeckoRevyn, Frida, Café, and Solo.

She won "Best blog of the year" from the Veckorevyns Blog Awards in 2008 and continued to rack up awards for her blog from the Finest Awards, Bloglovin Awards, and Stylist Fashion Blogger Awards Berlin, among others.

She was born in Stockholm, Sweden and lived in Morocco until she was six. She married Aleks Subosic in August 2017 and they had their first baby together in June 2019.

Kenza Zouiten Is A Member Of