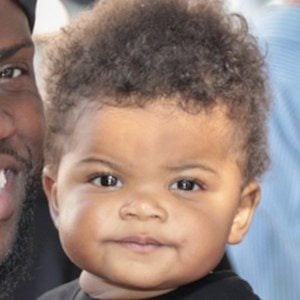 Son of comedian and acting star Kevin Hart and his second wife Eniko Parrish. He has two half-siblings from his father's first marriage named Hendrix and Heaven.

His father rose to widespread fame for his work as a stand-up comedian. He began making bit parts in films before breaking through with the Scary Movie and Think Like a Man series.

He was first featured on his mother and father's Instagram accounts four days after his birth.

His mother and father married in August 2016. His younger sister Kaori was born in September 2020.

His father has starred in multiple films alongside Dwayne Johnson.

Kenzo Hart Is A Member Of