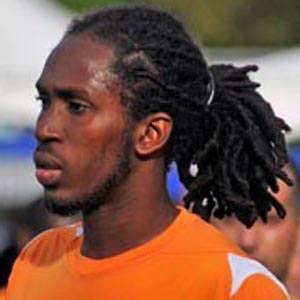 Trinidadian midfielder who began his MLS career with the Philadelphia Union in 2011 after spending two seasons with Caledonia AIA in the Trinidadian league.

He first played professionally in 2004 for United Petrotrin F.C. in Trinidad and Tobago.

He joined the Trinidad and Tobago national team in 2007.

His father Lukas Daniel was a professional track and field competitor.

He entered the MLS a year after French star Thierry Henry.

Keon Daniel Is A Member Of