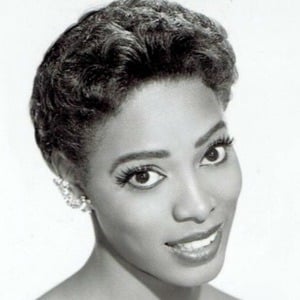 1960s pop singer whose cover of "Love Letters" rose to the top of music charts in both the United Kingdom and the United States. She also played roles in various television series and films, including House Party 3.

She studied at San Francisco State College on a music scholarship.

She accompanied the Everly Brothers on their 1962 UK tour.

She and her fourteen siblings were born to an Arkansas farming family.

She recorded a version of the classic Woody Guthrie song "This Land is Your Land."

Ketty Lester Is A Member Of