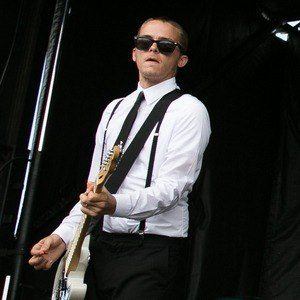 Guitarist and audio engineer who's best known as the frontman of the ska punk band, The Interrupters. He's also known for his work with The Transplants and Tim Armstrong of Rancid.

His music career began as a touring keyboard player for The Transplants on the Vans Warped Tour in 2005.

He has twin brothers named Jesse and Justin.

He and Aimee Allen both co-founded The Interrupters along with his two brothers in 2011.

Kevin Bivona Is A Member Of