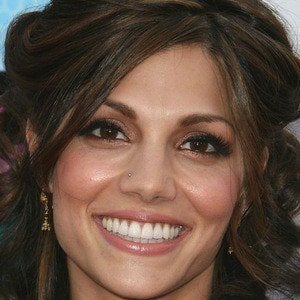 American singer-songwriter who first entered the public consciousness in the mid-2000's with singles like "Revolution" and "Miss America." In 2012, she became the frontwoman for the Los Angeles ska-punk band The Interrupters.

She grew up singing in clubs in and around her hometown of Missoula, Montana. Her first album, I'd Start a Revolution If I Could Get Up in the Morning, was never released.

She dated Unwritten Law's Scott Russo, with whom she co-wrote a number of songs.

She guested on the Sublime With Rome song "Yours Truly," featuring singer Rome Ramirez.

Aimee Allen Is A Member Of