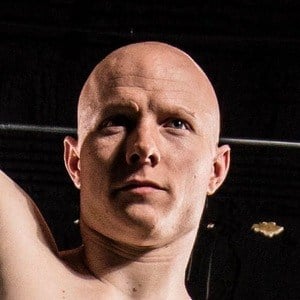 Obstacle athlete who became well known for regularly appearing on the reality competition series American Ninja Warrior. He was named to the Prestigious Team USA to compete against international opponents. He would later be seen on NBC's Spartan Team Challenge and Esquire's Team Ninja Warrior spin-off.

He was a track and field athlete in high school and college. He was an All-American and California State Champion in the Decathlon, Pole-Vault, and 4x400m relay for Division 2.

He founded the Pitfall Obstacle League. He is afflicted with Alopecia, and chooses to volunteer with the Children's Alopecia Project.

He grew up in Scotts Valley, California and remained in California to work as a stock-trader for his day job.

He and Isaac Caldiero were both selected to be a part of Team USA.

Kevin Bull Is A Member Of