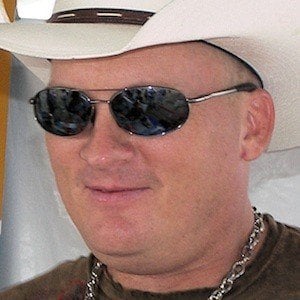 Country singer-songwriter, known for his song "Pound Sign (#?*!)" and for writing the 2003 Sammy Kershaw hit "Beer, Bait & Ammo" among others.

He graduated from Tascosa High School in 1984. He learned how to play piano as a child but realized he wanted to pursue music and needed to learn to play the guitar. So he attended the Guitar Institute of Technology in Los Angeles. He moved to Austin, Texas, where he played for different rock bands throughout the 1990s until he settle on country music in 1998.

The song "Pound Sign (#?*!)" was his first top 40 hit on the Billboard's country music charts.

He grew up the younger of two children. His father taught him everything he knows about country music. He has two daughters of his own.

He released a duet with Deryl Dodd called "Damn This Ol' Honkey Tonk Dream" in July 2015.

Kevin Fowler Is A Member Of