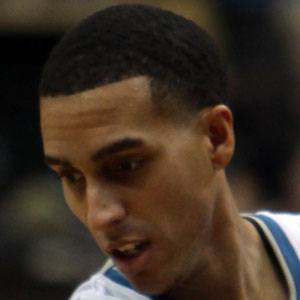 NBA sharpshooter who joined the San Antonio Spurs in 2016.  He started his career with the Sacramento Kings from 2004-2010; he has also played for the Houston Rockets, Oklahoma City Thunder and the Minnesota Timberwolves.

He played college basketball at Western Carolina University. He was drafted 26th overall by the Sacramento Kings in 2004.

One of his best shooting seasons came in 2009, where he his 41.5% of his three-point attempts with the Kings.

He was raised with a brother named Jonathan. He married Jill Adler in 2011.

He was involved in the trade that sent James Harden to the Houston Rockets in 2012; Martin was dealt to Oklahoma City.

Kevin Martin Is A Member Of