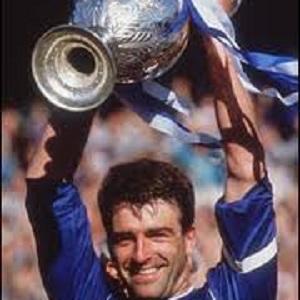 Welsh former soccer player-turned-manager best remembered as a player for his days with Everton. He later became the manager of clubs like Chester City and Shrewsbury Town.

He was born in Mancot and began his youth career with Everton in 1977.

He was a member of the Everton squad which won the PFA Football League First Division Team of the Year award for the 1984-85 season.

He has a son named Dean Ratcliffe.

He cites Scottish midfielder Graham Souness as being among the toughest opponents he ever faced as a player.

Kevin Ratcliffe Is A Member Of