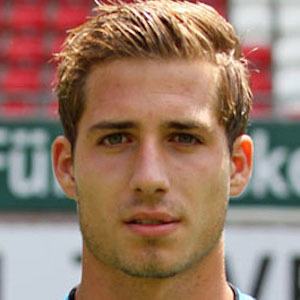 Soccer goalkeeper who is known for his time playing for the French club Paris Saint-Germain. He signed a 5-year deal with the club in July 2015.

He made his first professional appearance with the 1. FC Kaiserslautern team in his native Germany. In 2012, he left the club and signed with Eintracht Frankfurt.

He has played for both the youth and senior German national teams throughout his career. In June 2015, he made his senior team debut for a 2016 UEFA Euro qualifying match against Gibraltar.

He was born in the former West Germany, and raised in Merzig.

He played alongside Thiago Silva in his debut 2015 season for the Paris Saint-Germain football club.

Kevin Trapp Is A Member Of