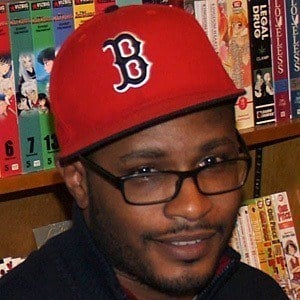 Artist and colorist who became known for his work designing comic books for top companies such as Marvel, DC Comics, and Image Comics. Some of his most notable works include the Amazing Spider-Man series, Mosaic, and Power Man and Iron Fist.

He studied illustration and cartooning at the School of Visual Arts (SCA) in NYC.

He worked as a cover artist at DC Comics and designed covers such as Spidey, Spiderman and Mosaic.

He's from Boston, Massachusetts, but has also lived in Brooklyn, New York.

He and Jim Lee are both comic book artists who are known for their superhero drawings.

Khary Randolph Is A Member Of