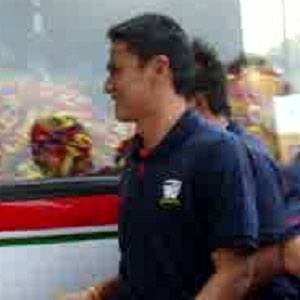 Legendary Thai striker who amassed 251 goals in 339 games during an 18-year career that took him all over Asia.

He spent his first six seasons in the senior leagues with Krung Thai Bank, scoring 98 goals in 145 appearances.

He grew up in Udon Thani, Thailand.

Although he never won the Asian Player of the Year award like Kazuyoshi Miura, he collected plenty of other accolades.