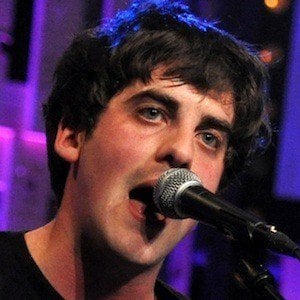 Lead vocalist and guitarist for the indie rock band Circa Waves. They released their debut studio album, Young Chasers, in 2015.

He met his Circa Waves bandmate Sam Rourke and former member Sian Plummer through mutual friends in 2013 at Liverpool Sound City.

He and Circa Waves released a debut single called "Get Away/Good For Me" in December of 2013 as well as a debut EP titled Young Chasers.

He and the band are from Liverpool, England.

He and Faris Badwan are frontmen of British indie rock bands.

Kieran Shudall Is A Member Of