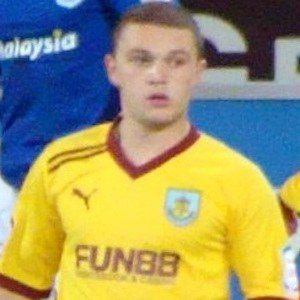 Professional soccer defensive back who made his way to the Premier League by helping Burnley earn promotion in 2014. After four years with the club, he joined Tottenham at the start of the 2015-2016 season. He debuted with the English national team in 2017.

He spent his youth career with Manchester City but made no appearances in four years with the senior club, instead going on loan to Barnsely and Burnley.

He has three brothers named Chris, Curtis and Kelvin.

He and Hugo Lloris have played together on Tottenham.

Kieran Trippier Is A Member Of