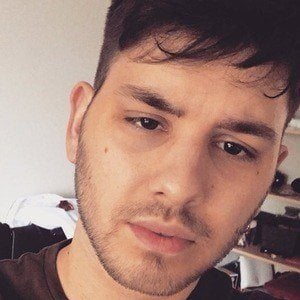 YouTube vlogger and YouNow sensation known for tackling subjects like growing up and respect on his channel. He became the co-founder of the YouTube network Talentsy, helping social media influencers turn into entrepreneurs.

After it's creation in January 2014, he posted his first video "Have you ever?" in the following March.

Some of his most popular videos include "DigiPill" and "Don't Judge Me Challenge RANT." Through his time on YouTube, he has become friends with other YouTubers such as Lee Hinchcliffe and Kiera Bridget.

He is from South Yorkshire, England. He is part Italian with his mother being full Italian.

In July 2014, he posted a video performing impressions of YouTubers like JC Caylen and Tyler Oakley.

Kieron Brittle Is A Member Of