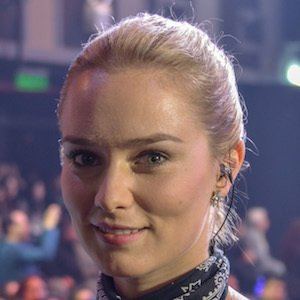 Model and television personality who is recognized for having received the title of Queen of the Festival at the 2017 International Festival of the Song of Viña del Mar. In 2016, she became a panelist on the Canal 13 morning program Bienvenidos.

She studied physical education at the Universidad Andrés Bello and she spent time working for the magazine Vogue Latin America.

She was a guest star on the soap opera series Soltera Otra Vez in 2013.

She was born in Santiago, Chile but later moved to Los Angeles, California. She has a pet dog named Gin. She began dating Benjamín Israel.

She appeared on Soltera Otra Vez which starred Paz Bascuñán.

Kika Silva Is A Member Of