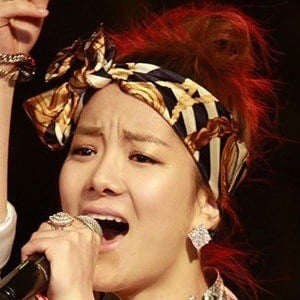 Korean pop star best known for her years as a member of the girl group Spica. She released her first single as a solo artist, "Crazy Girl," in 2013.

She auditioned for JYP Entertainment in 2007 and was originally cast as a member of the group 2NE1.

She won first place at the CMB Chin Chin Singing Competition by performing Hwayobi's "Such a Thing."

She was born in South Korea.

Kim Bohyung Is A Member Of