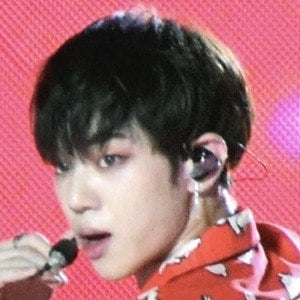 Pop singer and main dancer of the K-pop boy group A.C.E. He's also been a member of the dance team known as Urban Boyz.

He was a former JYP trainee under the name BK. He performed with them until 2015.

He was born Kim Byeongkwan in South Korea.

He and Kang Yoochan were both notable members of the Korean boy band A.C.E.

Kim Byeongkwan Is A Member Of