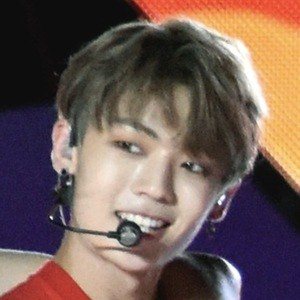 Pop singer also known as Kang Yu-chan, who rose to fame as the lead vocalist of the K-pop boy group A.C.E. In 2018, he would join the boy group UNB.

He and A.C.E members made their debut under Beat Interactive in 2017.

He also specializes in popping dance and was a member of the dance team called Alive87.

His real name is Kang Yoochan, but he's known under the stage name Chan.

He and fellow pop singer Ren found fame from their associations with K-pop boy bands.

Kang Yoochan Is A Member Of