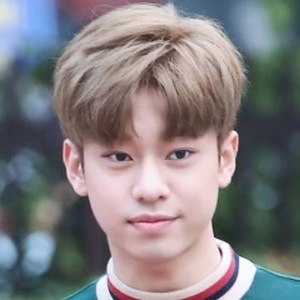 South Korean pop singer who is best known as a member of the K-pop band MXM, popular for albums such as Match Up and Rematch. He later joined AB6IX in 2019.

His group released their debut album Unmix in September 2017.

His band MXM was nominated for New Artist of the Year at the Gaon Chart Music Awards in 2018.

He and Im Yeongmin have both been members of MXM and AB6IX.

Kim Dong-hyun Is A Member Of