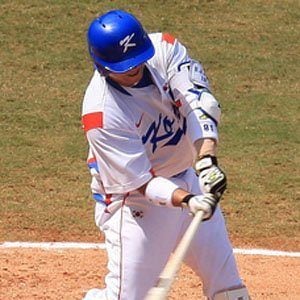 South Korean baseball player best known as a third baseman for the Doosan Bears in the Korea Baseball Organization. He is a multiple-time Golden Glove winner and won a gold medal representing South Korea at the inaugural World Baseball Classic in 2006.

He was a highly-touted pitcher in addition to shortstop during his days as a high school and college player.

He was named MVP of the Asian Baseball Championship after batting .538 and hitting 9 home runs in just 26 at bats.

He was previously married and has a son.

He and Tyrone Woods have both been star players for the Doosan Bears in KBO.

Kim Dong-joo Is A Member Of