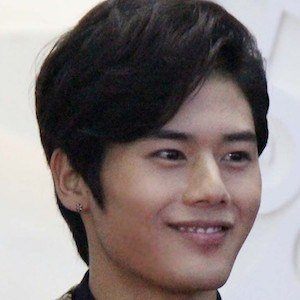 South Korean singer and actor who rose to fame as a member of the boy band ZE:A and its subgroups. As an actor, he has had lead roles in films like 2014's Take My Hand and in series like Climb the Sky Walls.

He played soccer in high school and initially dreamt of becoming a pilot.

He received the Newcomer Award at the ninth annual Daegu International Musical Festival for his performance in the musical All Shook Up.

He and Park Hyung-sik have both been members of ZE:A.

Kim Dong-jun Is A Member Of