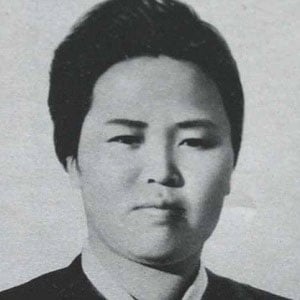 The mother of North Korean Supreme Leader Kim Jong-il and the grandmother of Kim Jong-il's son and successor, Kim Jong-un, she is also notable for her Communist activism and for her service in a volunteer guerrilla army.

She met her husband in the mid 1930s, while assisting the food services unit of his anti-Japanese army.

She was well known during her lifetime for her extreme hospitality and penchant for cooking large meals for North Korean and Soviet military and political leaders.

Her marriage to First Supreme Leader of North Korea Kim Il-sung lasted from 1941 until her death in 1949 and produced sons named Kim Jong-il and Kim Man-il and a daughter named Kim Kyong-hui.

She died at the age of twenty nine; her cause of death has long been under debate. After her passing, her husband, Kim Il-sung, married Kim Song-Ae and fathered an additional three children.

Kim Jong-suk Is A Member Of