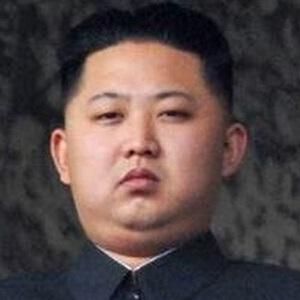 Son of Kim Jong-il who became the Supreme Leader of North Korea on December 17, 2011 at 29 years old, making him the world's youngest head of state. Due to North Korea's secretive policies, not much is known about his past or his rule.

He attended school in Switzerland under a false name and identity.

He previously served as First Secretary of the Workers' Party and First Chairman of the National Defence Commission.

He married Ri Sol-ju and has two brothers, Kim Jong-nam and Kim Jobg-Chul, and two sisters, Kim Yo-Jong and Kim Sul-song. He also has a daughter named Kim Ju-ae.

He was named Kim Jong-il's successor after the latter's death in 2011.

Kim Jong-un Is A Member Of