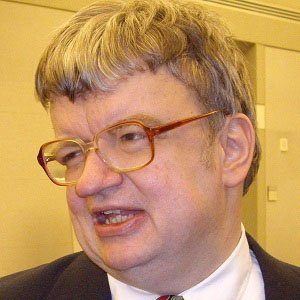 American megasavant whose outstanding memorizational abilities inspired the Oscar-winning 1988 film Rain Man. His abilities were a byproduct of the rare genetic condition known as FG Syndrome.

He was home schooled due to his inability to thrive in public school. By age 14, he had completed his high school curriculum.

He was cared for throughout his life by his father, Fran, who passed away in 2014.

He was portrayed in Rain Man by Dustin Hoffman, who won the Best Actor Oscar for his performance.

Kim Peek Is A Member Of