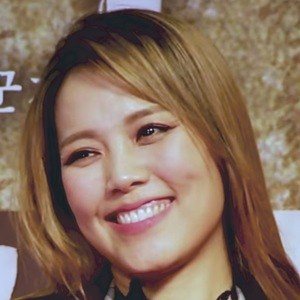 Christian singer who has competed on a number of music competitions since 2012, including Immortal Songs 2, King of Mask Singer and I Am a Singer 2. She is also known for having provided the singing voice of the title character in the Korean-language dub of Disney's Moana (2016).

She got her start singing in her local church. She released her debut single, "MR," in 1996.

She is an author who has published several fantasy novels, including Anaxion and Crystal Castle.

She married drummer Hee-jun Kim in 1998.

Kim So-hyang Is A Member Of