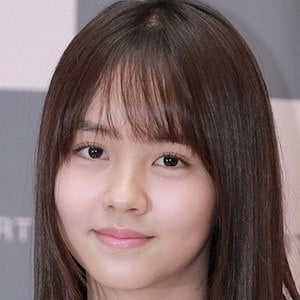 Korean actress who came to prominence in 2012 when she began portraying Yoon Bo-kyung on the drama series Moon Embracing the Sun. She has since been cast on television shows like Who Are You: School, Bring It On, Ghost, and Goblin.

She began her career as a child actress at age seven.

She took home the Best New Actress, Netizen Popularity and Best Couple Awards at the KBS Drama Awards for her performance on Who Are You: School 2015. She plays Kim Jo-jo in the 2019 series Love Alarm.

She grew up in a single-parent household. Her dad passed away when she was young. She has a brother.

She co-starred with Kim Soo-hyun on Moon Embracing the Sun.